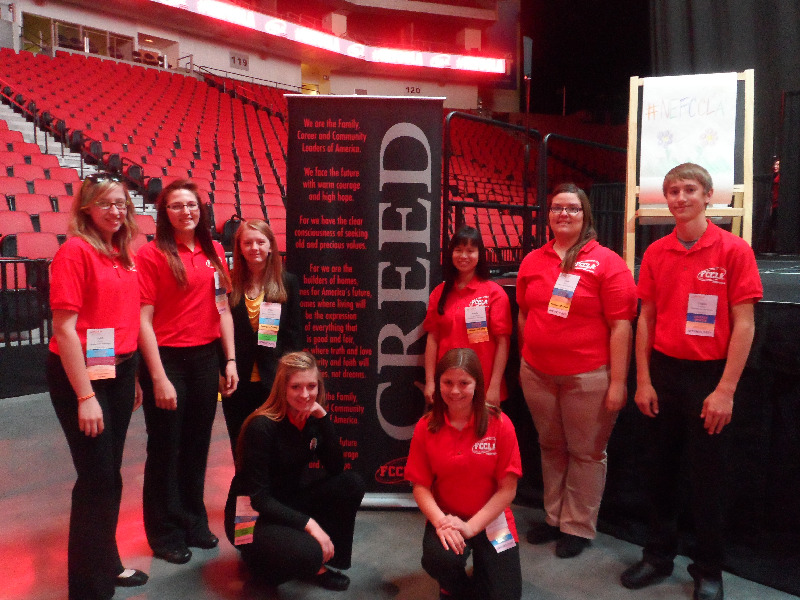 Ashley Shaffer represented the chapter in the President’s Parade onstage during Opening Session on Sunday. Keynote Speaker Kevin Wanzer kicked off the conference with his presentation “Be A.L.O.H.A: The formula for service, leadership and inspiration”.  In this fast paced, hilarious, yet touching keynote address, Wanzer recalled and reinforced essential life and love lessons.  His message ce-lei-brates family and the very special education we can receive each day by working with and loving those around us.  He reminded everyone that success in life ultimately comes down to finding joy in everyday situations and the importance of who and what we choose to love. 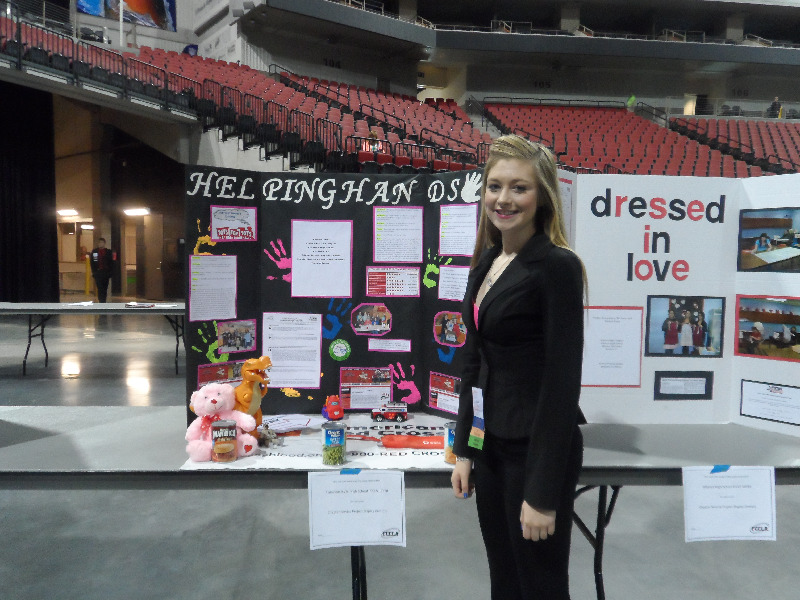 Natalie Lingenfelter and Jadin Doerr went to the Open Door Mission and participated in a service project. They had the opportunity to assist in organizing and sorting items that were donated from the community.

Heidi Nelson and Caiti Ziegenbein participated in a Hospitality Tour.  They had the opportunity to tour the Hilton Garden Hotel.  While there they walked around the hotel looking at the rooms, pool, meeting rooms, and the kitchen.

Other members attended the session “I’m Awesome.  Because I Decide.”, which was presented by Nicholas Houston Andrews.  He shared his personal story of acceptance, and how that decision made him Awesome.  Another session attended was “Healthy Relationships” presented by Stacy Lichtenberg and Ashly Bunn.  They spoke on how to make appropriate decisions about what’s healthy vs. unhealthy in any relationship you might find yourself in. “I wonder if we could…? Donate?” was presented by Milton and Janis Bemis.  30 years ago tragedy brought their family from Nebraska together with a family in Arizona through a life saving transplant.  The Bemis’ shared their story of how the loss of their son saved the life of a then 21-month-old girl.

Caiti Ziegenbien represented the chapter as Voting Delegate as she is the 2015-2016 FCCLA Chapter President.  Her responsibilities included attending the Voting Delegate Session, hearing State Officer Candidate speeches, and watching the candidates complete a “Fishbowl Activity” followed by casting the chapter’s ballots. Jadin Doerr, 2015-2016 District Officer, attended the District Officer Meetings and the District Officer Training.  During these meetings she was informed of her duties as a district officer and collaborated with others on ideas for District Leadership Conference Speakers.  She will run for her specific district office at the District 8 Officer Meeting, which will be held in May. 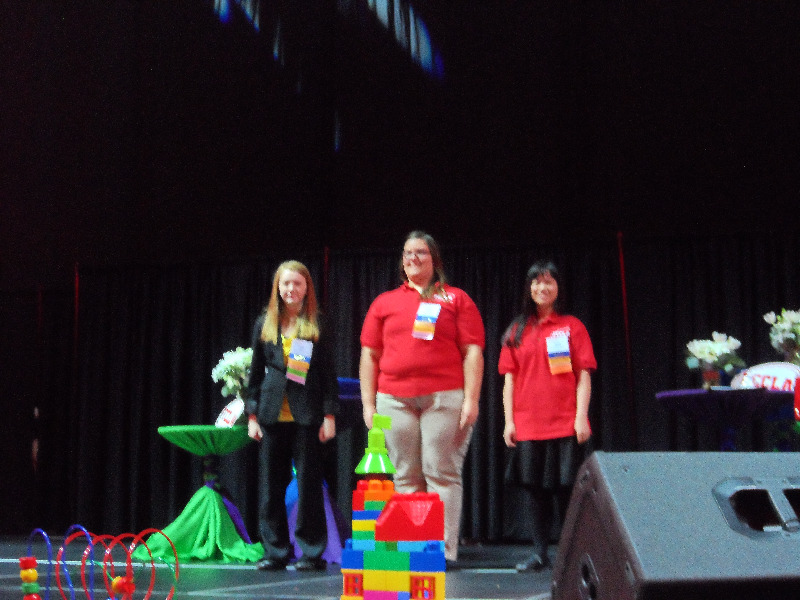