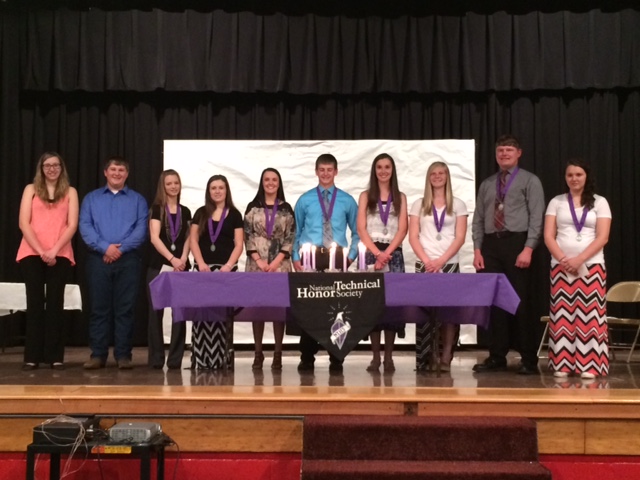 National Technical Honor Society (NTHS) inducted 8 members during its induction ceremony on May 10th, prior to the Honors Night Program.  The Plainview High School NTHS Chapter recognizes and honors students for outstanding achievement in their career and technical education programs. This recognition is achieved through a nomination, evaluation, and selection process based upon exemplary citizenship, leadership, workmanship, and scholarship.  The highest recognition bestowed upon career and technical education students is through membership in the National Technical Honor Society.

Doerr and Hampton presented the seniors with their diploma seals and NTHS medallions, which will be worn at graduation.