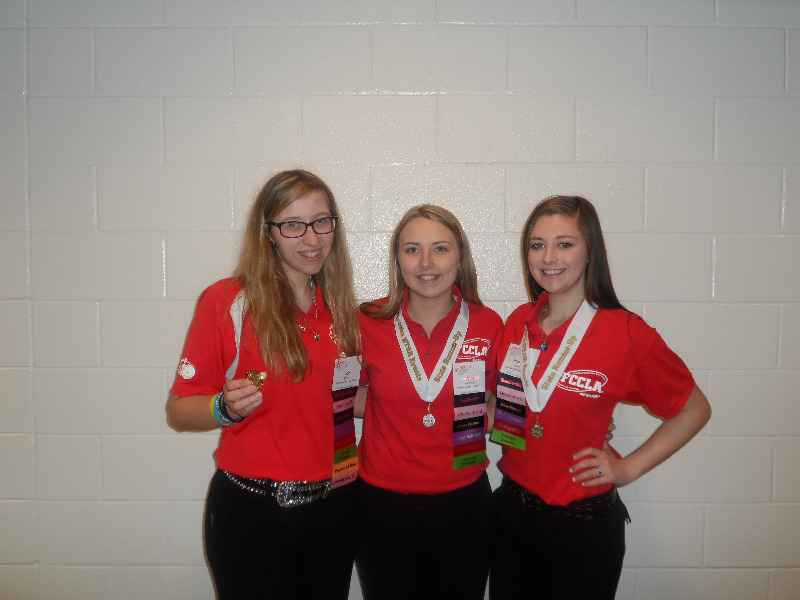 Conference began Sunday with registration and members donating over 20 cans of tuna and other meats to the Food Bank of Lincoln as part of the FCCLA 2017 Outreach Project.  During Opening Session, Jadin Doerr represented the chapter in the President’s Parade onstage which was followed by the keynote speaker. 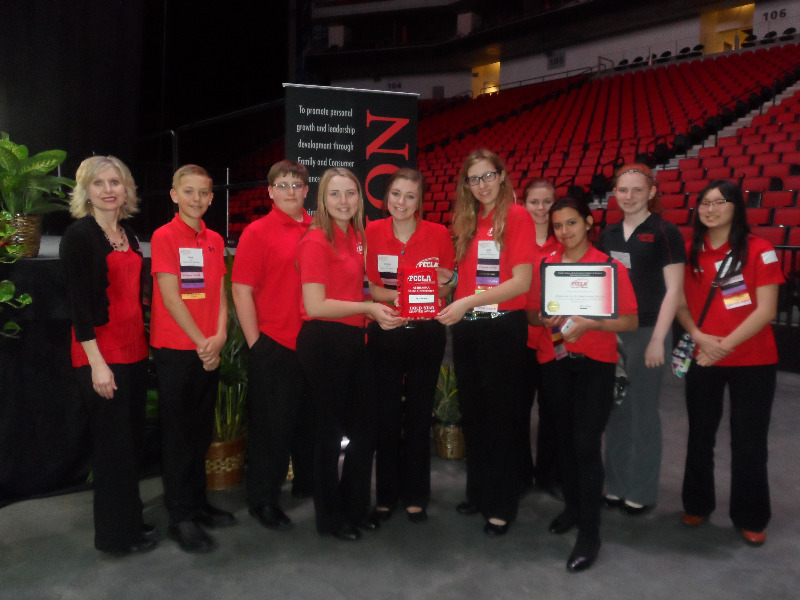 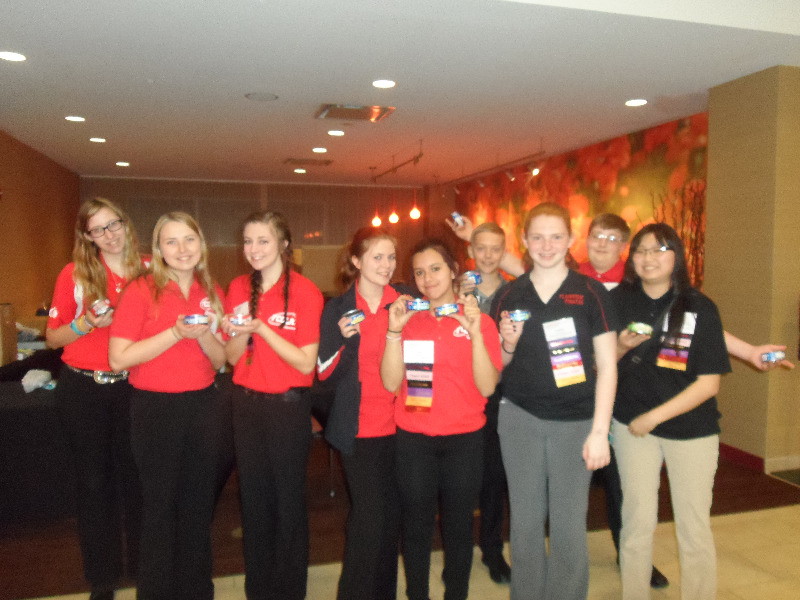 Later that day, Lily Whaley represented the chapter as Voting Delegate.  Her responsibilities included attending the Voting Delegate Session, hearing State Officer Candidate speeches, and watching the candidates complete a “Fishbowl Activity”.   She was responsible for casting the chapter’s ballots during that evening’s Business and Recognition Session.

During Monday night’s Business and Recognition Session Jadin Doerr, Devan Solomon, and Autumn Ickler was recognized and received Power of One certificates for completing all 5 Power of One Units.  They will receive additional recognition at the National FCCLA Conference in Nashville, TN this summer.

The Plainview Chapter was awarded the Chapter Award-Gold Star Plaque, which is the highest rating available for chapters.  The award reflects FCCLA members’ Program of Work for the current school year.  To earn this award, members set realistic goals for themselves and conduct a balanced chapter program of work that is related to the family and consumer sciences program.  The chapter had 12 specific tasks they needed to complete and document in the following areas: Membership, Leadership, Competitive Events/Programs, and Promoting FCCLA.

The chapter also received the Region C Greatest Membership Increase by Region Award.  The chapter grew 38.88% this past year.  They also received recognition for the work they completed in National Programs (Caring is Sharing Program), Feed Nebraska (Trick or Treat for Canned Goods), and Red Leader (submitting articles to state newsletter). Adviser Ronita Jacobsen was also recognized and received a certificate for 20 years of service as an FCCLA Adviser.

Throughout the conference members also attended several sessions.   Members attended the Opportunity Fair on Monday which had 17 colleges represented.   Additionally, members had the opportunity to attend sessions such as: #Lifegoals and You!, Red Flags of Relationships, Sex Trafficking Is All Around Us, Connecting Nebraska Youth with Meaningful Career Preparation, Confidence, Clarity and Communication:  Steps for Enhancing State Presence, Bottle Flip + Snapchat=Thinking Outside the Box in Life, Making the Most of It: On and Off –Campus Involvement for College Bound Students, and Proactivity vs. Procrastination:  The Fight for Time Management.