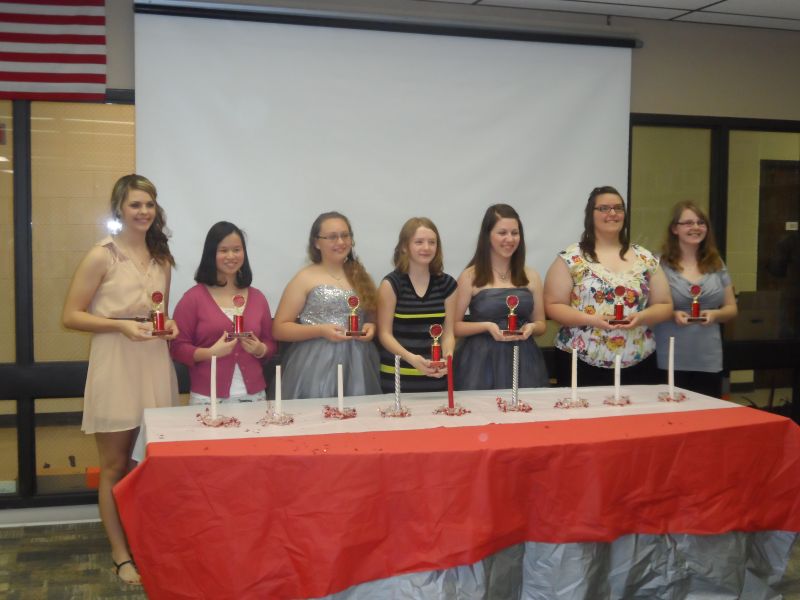 FCCLA hosted their Family Night Awards Recognition/Officer Installation at the High School Media Center on May 2, 2013.  The evening began with a dessert reception and President Morgan Johnston giving the welcome.  Johnston proceeded with the opening ceremony followed with the Year in Review by Natalie Lingenfelter.

Ashley Shaffer was presented certificates for becoming a State Peer Education Officer on the Student Body Team.  She also will be attending the National FCCLA Conference in July for part of her training. 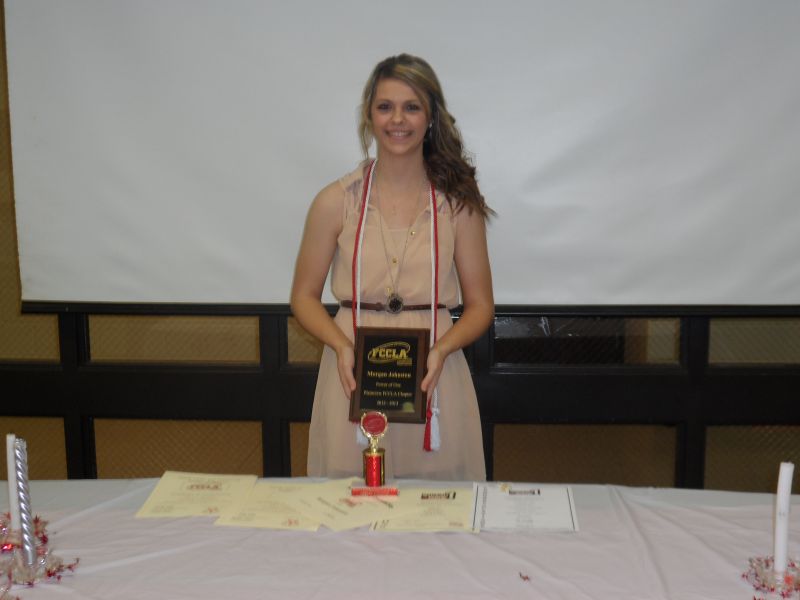 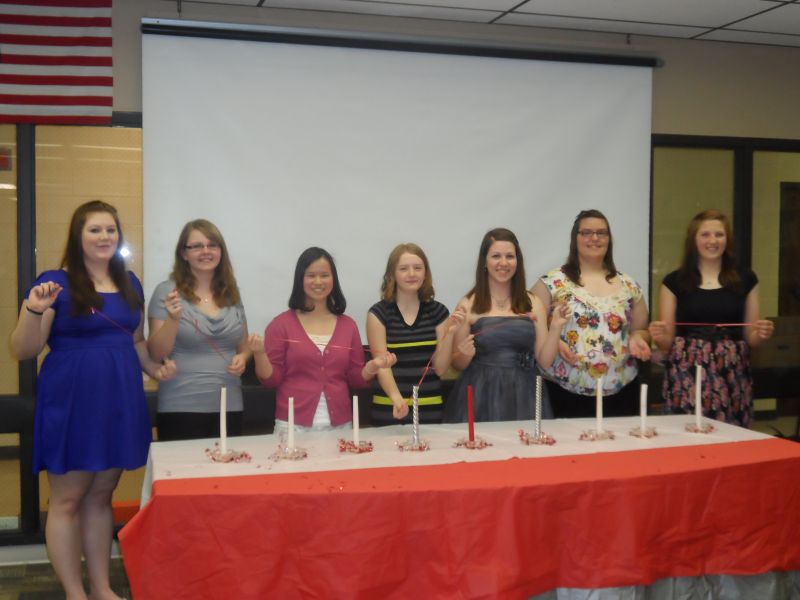