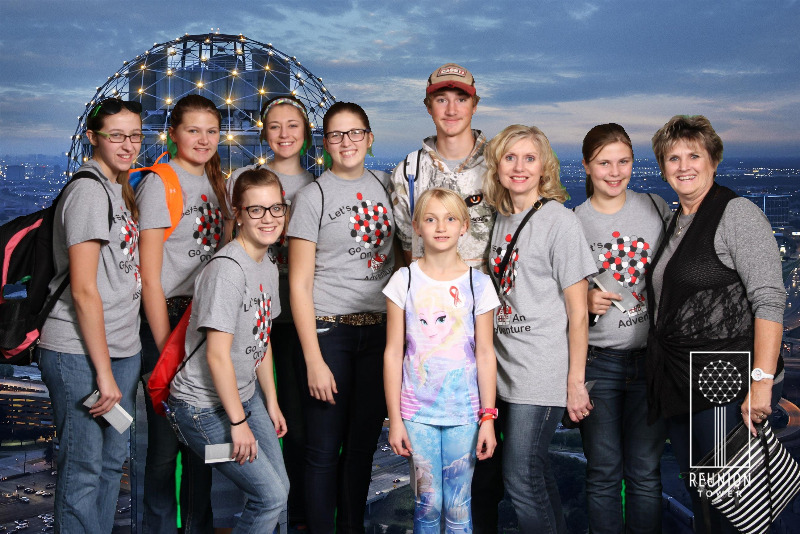 Thursday evening, the members traveled to Dallas, Texas, via a charter bus.  Three other District 8 FCCLA chapter members and advisers (Pierce, Croton and Elgin) boarded the charter bus with them and prepared for the twelve-hour ride.

The first stop while in Dallas was iHOP for breakfast and preparing for the day. Next, the chapter registered for the conference, toured the exhibits, and the college career fair.  Later that day, the chapter did some sightseeing of Downtown Dallas.  Members had the opportunity to tour Reunion Tower and Geo-Deck.  It stands 562 feet off the ground as a freestanding tower.  It’s the 15th tallest structure in Dallas.  Once to the stop, everyone was able to get an unobstructed 360-degree view of Dallas. 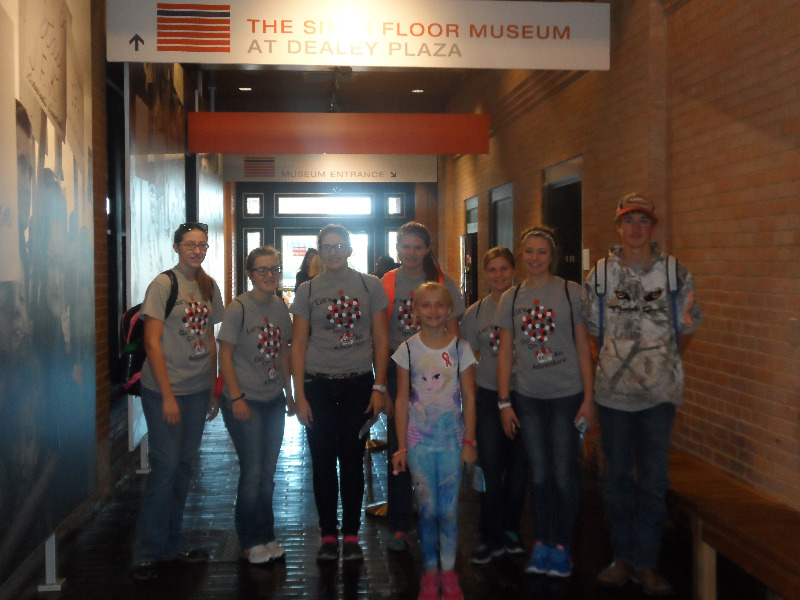 565b17d3b5e9dFCCLA Members at Dealey Plaza 6th Floor Museum
FCCLA Members at Dealey Plaza 6th Floor Museum
Dealey Plaza, site of John F. Kennedy’s assassination on November 22, 1963, was the next stop that afternoon.  Students spent time exploring the site and going through the audio tour at the Sixth Floor Museum. The Museum presented the social and political landscape of the early 1960s, chronicled President Kennedy’s assassination and its aftermath, and reflected upon his lasting impact on our country and world.

Next, was a stop at the Hard Rock Café in Dallas followed with a walk through the historic west end of Dallas.  The walk concluded by exploring Pioneer Park, which was close to our Omni Hotel.  The park contained a large sculpture commemorating the nineteenth century cattle drives that took place along the Shawnee Trail, the earliest and easternmost route by which Texas longhorn cattle were taken to northern railheads. The sculpture consisted of 49 bronze steers and 3 trail riders.  Each steer was larger-than-life at six feet high.  All together the sculpture is the largest bronze monument of its kind in the world.  The sculpture was set along an artificial ridge and past a man-made limestone cliff, native landscaping with a flowing stream and waterfall help create the dramatic effect. 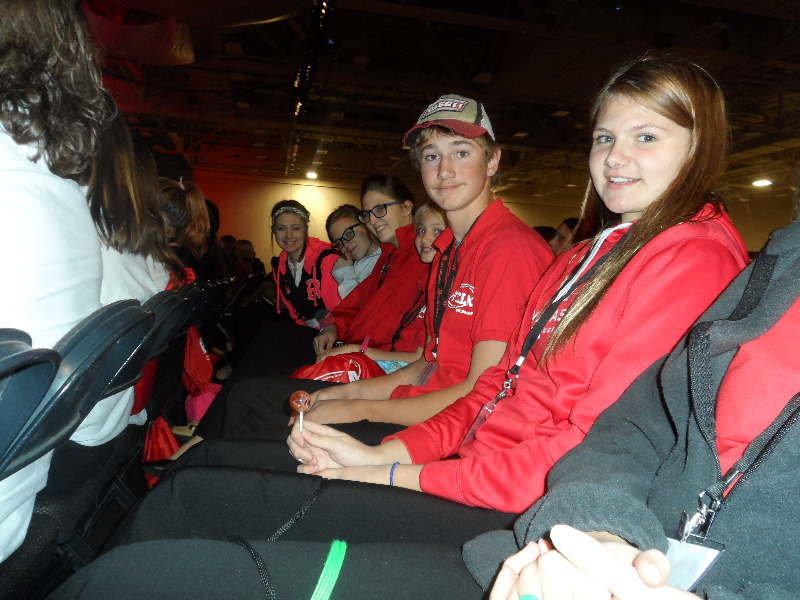 565b17d3b5e9dMembers ready for Keynote Session to begin.
Members ready for Keynote Session to begin.
The Friday Opening General Session’s keynote speaker was Kent Julian, the founder of LiveItFoward.com.  With his “Direction Determines Destiny” presentation including humor, interactive experiences, and show-up-and-shine insights, students were empowered to live it forward both in their lives and careers.

Saturday found everyone busy attending hour-long sessions throughout the day.  Sessions students found the most interesting were: You Snooze…You Win?, FCCLA Fit: Tone Your Leadership Skills, Resilience:  The Emotion Potion, Fear Factor, The Power of You, STOP the Violence:  You can COUNT on Kindness, FCCLA Virtual Business Challenge, Making Career Connections with FCCLA, Making NOYS about Distracted Driving. Several other sessions were also attended and enjoyed.

The conference concluded Saturday evening with the Closing General Session. During the closing, competitive events awards were given out, a slide show was presented, and promotion for the 2015 National Leadership Conference was given. The closing keynote presentation was given by CoMeTry and was titled “Diversity:  Growth in Self”.  The program used entertainment to discuss four essential thoughts surrounding diversity within our current society.  One learns how to become that individual whom others gravitate towards:  a person that others want to be around.  CoMeTry used the acronym “GRAV” to support the development of the four skills: