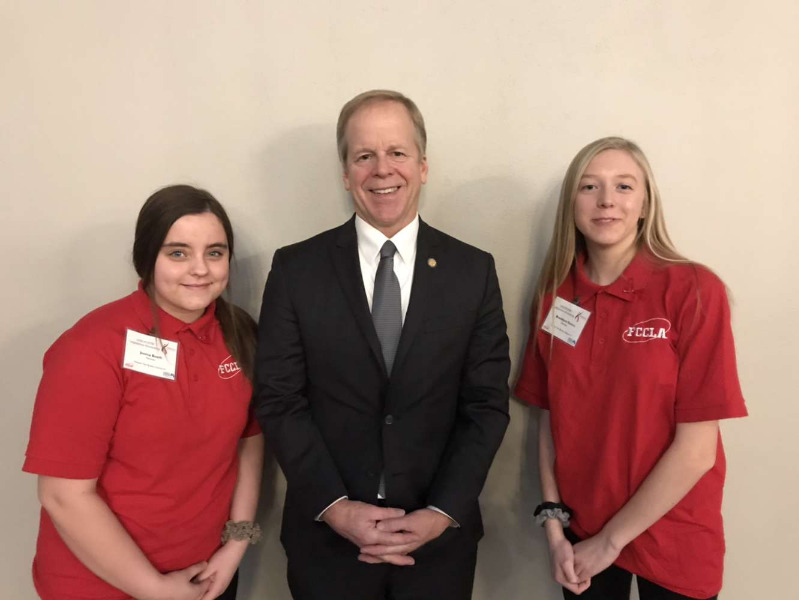 FCCLA members Brooklyn Kumm and Jessica Booth along with Adviser Ronita Jacobsen traveled to Lincoln during FCCLA Week to attend the Family and Consumer Sciences Teachers of Nebraska 2019 Legislative Workshop. The day began at 7:45 am at the Capitol with students taking folders of information about FCCLA to different senators. Next, Senator Hayes welcomed the over 40 participants.  He gave his history of what makes him qualified to represent his district and talked about the work he is doing in committees.  He answered questions about the death penalty and legalizing marijuana and other questions members had. 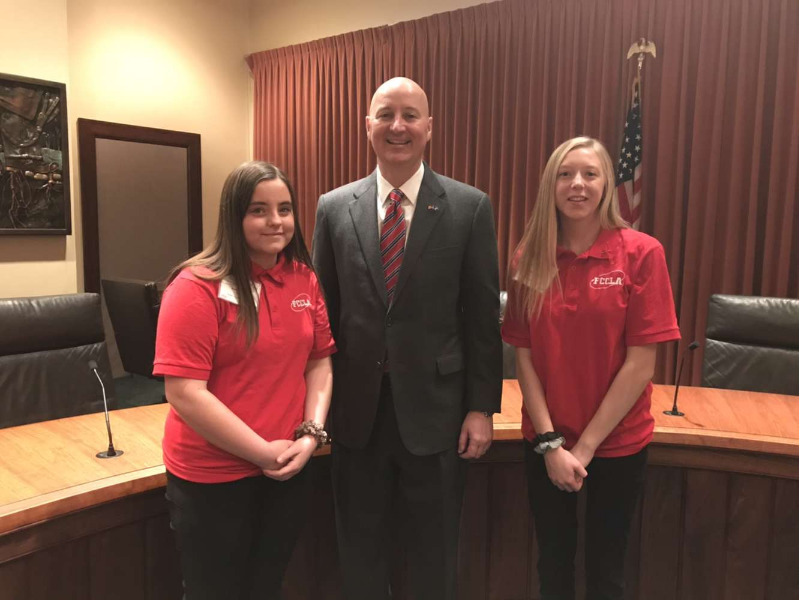 For lunch, FCCLA members walked to the Scottish Rite where they had lunch and time to visit their individual senators.  Kumm and Booth ate lunch and visited with Senator Briese.  Following lunch members walked to the Capital Building and sat in on various committee hearings of their choosing.  Hearings they found most interesting were the judicial hearings.  Discussions on the right to hold juveniles in county jail and whether or not the counties should be reimbursed for it, rights of pregnant inmates, and other like topics were found to be interesting to the members.

Mrs. Jacobsen departed from the group at 9:00 am and spent the day interviewing the 19 FCCLA State Officers Candidates at the State Office Building. She rejoined them at 4:30 for the conclusion of the day’s events.

“It was interesting to see the legislative process in action. To be able to actually see and talk with the senators about their bills and the reasons they want them to pass was a highlight of the day, along with meeting Gov. Ricketts.”, stated Booth. Kumm agreed, “This was a very educational day that I would attend again.  I learned a lot about the process it takes to make something become a law.”