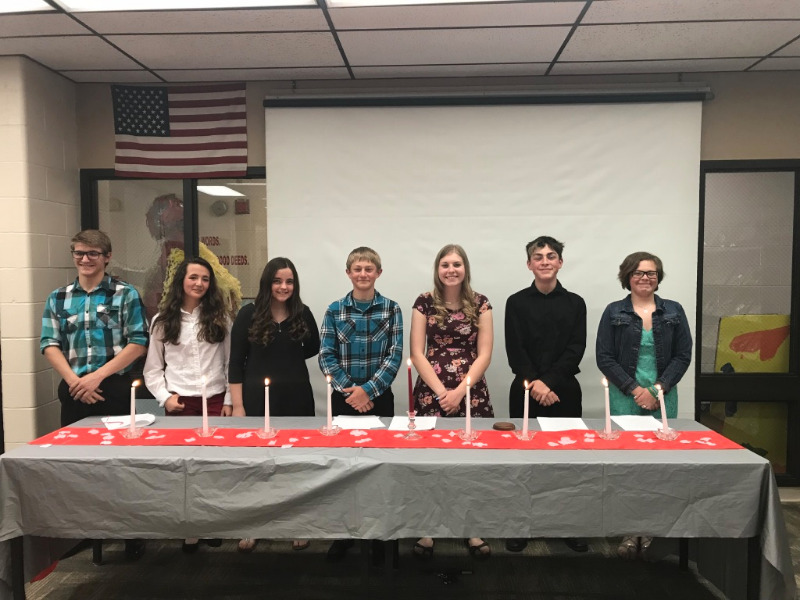 FCCLA hosted their Family Night Awards Recognition/Officer Installation at the High School Media Center on April 25.  The evening began with a welcome by President Jesica Schaefer and a dessert reception.  A slide show of the year’s activities was viewed during the reception. Schaefer began the program with the opening ceremony followed with the Year in Review by Roni Prewitt and Abby White. 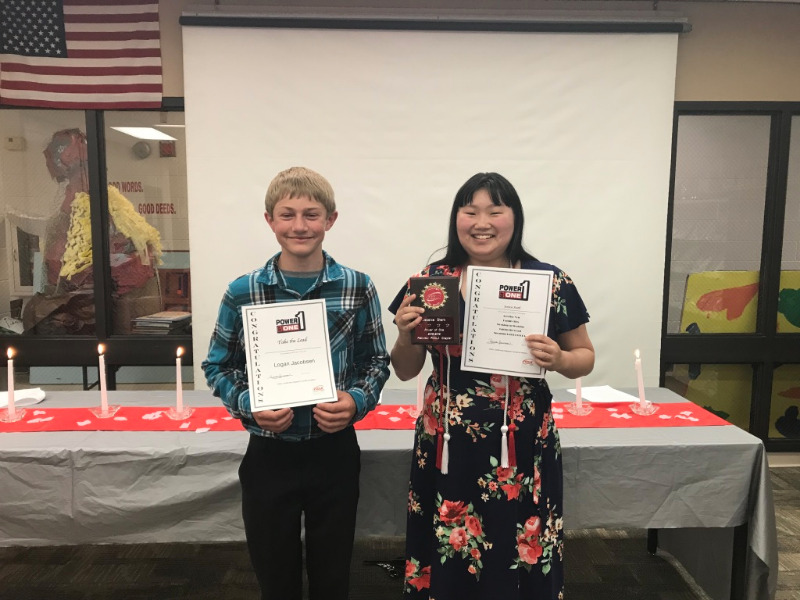 5cc674b295c0ePower of One Awards
Story image 2_1
Jessica Stark-Outstanding FCCLA Member
Power of One Awards
Jessica Booth and Makenna Buss presented the Power of One Awards.  Two individuals completed projects this year.  Logan Jacobsen received his certificate for completing the Working on Working Module. Jessica Stark received certificates for completing modules: A Better You, Family Ties, and Take the Lead. Jessica Stark was also recognized for completing all 5 modules.  She received a certificate and plaque from the chapter and was presented the certificate she received from the state recognition.  She will also be recognized at the National FCCLA Conference this summer in Anaheim, CA for this accomplishment.
5cc674b295c0eStep One Recipients
Story image 3_1
Summer Incentive Award Recipients
Step One Recipients
Adviser Ronita Jacobsen and Officer Ashlynn Ickler also presented outstanding member awards.  This year only one member met the criteria for “Outstanding Member of the Year”.  Jessica Stark was presented her trophy.  Stark was also presented with an FCCCLA Honor Cord to wear at graduation as she met all the criteria as set forth in the bylaws. Members meeting the requirements to attend Summer Incentive Activity received their certificates. They were: Jessica Stark, Jesica Schaefer, Logan Jacobsen, Jessica Booth, Makenna Buss, Marque Albin, Caroline Akinnigbagbe, Peace Akinnigbagbe, Destiny Rickard, and Roni Prewitt.  Seniors members were then presented their senior gifts.