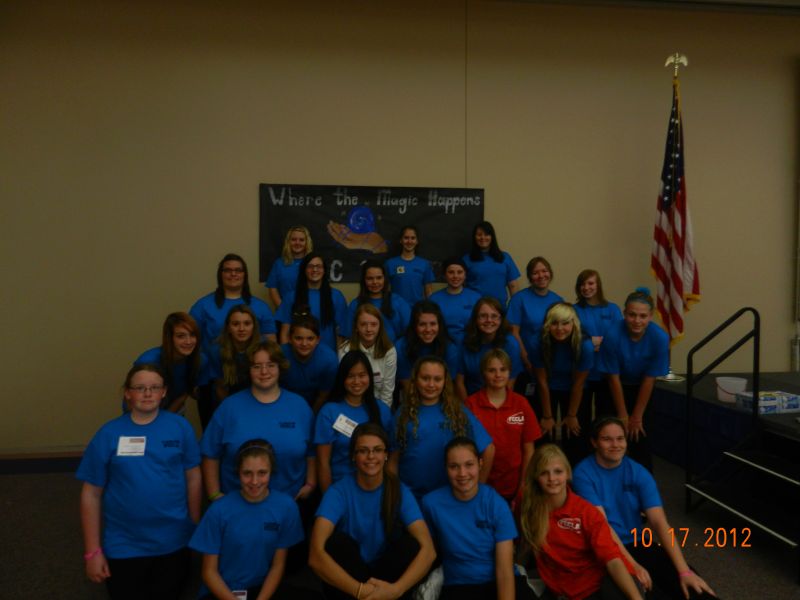 Preconference events included registration and the State Officer Candidate test. The opening ceremony started off with the Posting of Colors by local Girl Scouts Melinda Ussery (Pierce) and Natalie Lingenfelter (Plainview), under the direction of Diane Lingenfelter.  Erika Neumann and Kaelee VanEvery, both of Plainview, sang the National Anthem. Plainview’s FCCLA President, Morgan Johnston, welcomed the other schools, and was followed by a welcome from the District President. 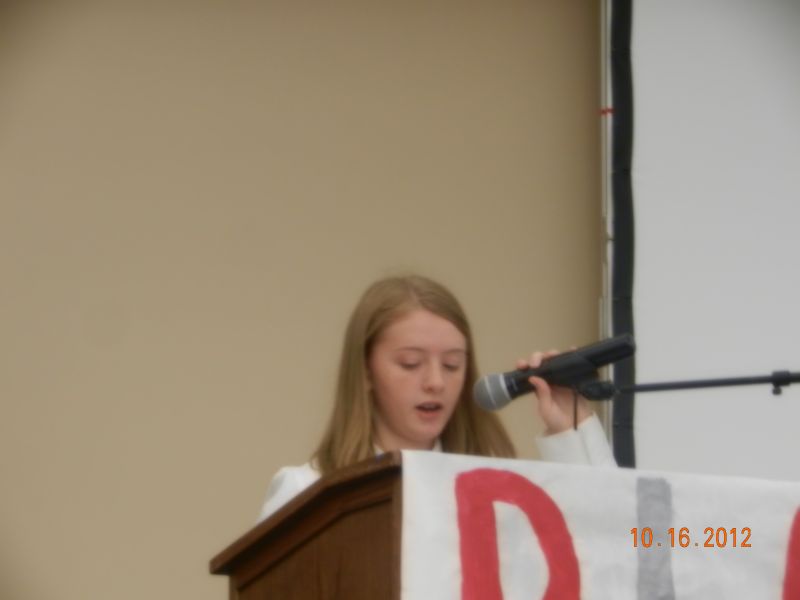 The keynote speaker was Karen Haase, an attorney from Lincoln, NE. As a shareholder in the Lincoln law firm of Harding and Shultz, she practices exclusively in the area of education law.  Her presentation was titled “Don’t be stupid: Legal Issues with Social Media.”  Members were completely engaged in her session as she explained the legal consequences of poor decision making in regards to social medial.  “We were continually shocked with the real life situations and consequences …and many examples were from students in Nebraska!” stated members.  Following the keynote speaker, a badge exchange/meet and greet was held.   State officer candidate thought questions and announcements were given prior to breaking into smaller sessions.

During the breakout sessions, a Creed Speaking contest was held with Lovay Elwood, Plainview FCCLA Alumni, evaluating. One freshman student from each school is selected to participate in reciting the creed from memory and giving a 3-5 interpretation of what the creed means to them.  Caiti Ziegenbein represented Plainview. 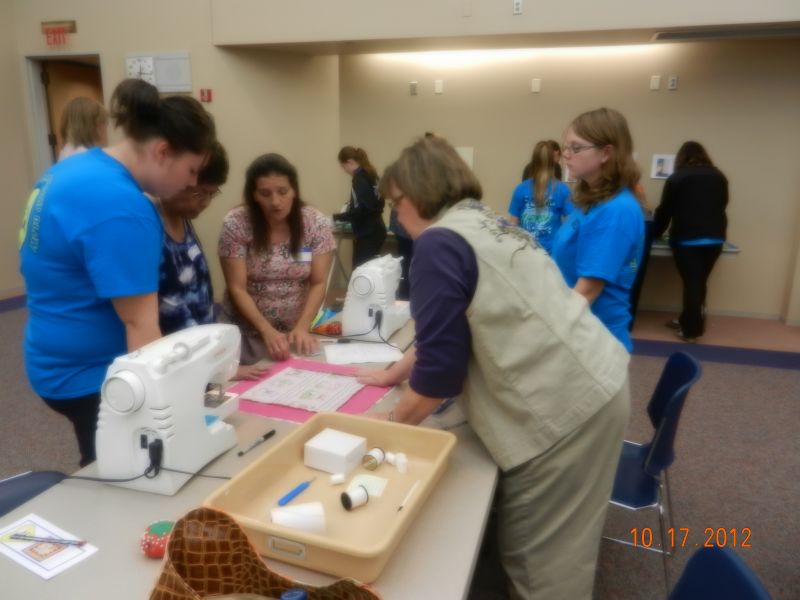 50861a7476aeeDiane Lingenfelter assists Plainview Chapter Members with their Quilts for Kids Project.
Diane Lingenfelter assists Plainview Chapter Members with their Quilts for Kids Project.
Breakout sessions for the day included Taekwondo/Self-Defense by Ray Nelson of Norfolk, S.M.I.L.E. (Therapeutic Riding Program) with Patty Prauner from Battle Creek, round tables presentations by State and Peer Officers, State Officer Presentations, a tour of the College of Nursing, and Quilts for Kids. The district outreach project recipient was Quilts for Kids. Quilts for Kids provide individuals and groups prepackaged and cut quilt squares. Quilts are constructed, returned, and then donated to individuals at Nebraska hospitals.  Students at the conference were able to put together quilts that will be donated to the Neonatal Intensive Care Units at Nebraska hospitals. Chapters took home over 100 additional quilts to make at the respective school this year. Lisa Klein of Plainview was instrumental in organizing this event with the Lincoln Chapter of Quilts for Kids.

During lunch students had the opportunity to purchase tickets for bucket auction items with proceeds helping fund trips to Nationals.  Additionally students were able to purchase homemade bracelets with proceeds going to the Rapha House Projects in Joplin, MO.

During the closing ceremony students who completed a Power of One project received their certificates. Heidi Nelson, Erika Newman, and Kaelee Van Every received certificates for their projects.  Graduated seniors, Jennifer Ziegenbein, Kelsey Cattell, and Michaela Sirek received special certificates for completing all 5 modules. The creed speaking awards were given out and the yearbook and scrapbook awards were announced. Plainview received 2nd place in the Scrapbook Event and a Participant Certificate in the Chapter Yearbook Event.   Natalie Lingenfelter created the scrapbook and Kirsten Cattell created the Chatper Yearbook.  The last events of the day included door prizes, a slide show, and the announcement of State Officers.