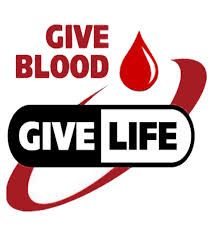 The Plainview FCCLA Chapter hosted a Red Cross Blood Drive on February 12 at Plainview High School.  With a goal set by the Red Cross of 72 donations, the drive fell short, collecting 56 units.  "With illness setting in and time conflicts we were unable to make our goal, but 56 units is still a large donation.  We would like to thank everyone who attended the drive and to those who made appointments providing us with an idea on how many donors to expect. Thank you to those who responded to the request calls of donating and working out your schedule that day.  Everyone’s donation is appreciated along with the time and commitment you have made to continually donate," stated FCCLA Adviser Ronita Jacobsen. "It’s not just donors who need to be thanked.  Many people who are unable to donate contribute in a variety of way…covering for a co-worker so they could donate, adjusting schedules, donating food items, setting up and taking down, etc. Thank you to everyone.”

The next blood drive in our community will be held in April at the Social Center.  Be looking for the date and time as all details will be announced upon confirmation.  June 11 is the summer date for the FFA Blood Drive.  Please save the dates now and make plans to attend as the total number of donations received determines the amount of scholarship money provided to our Plainview High School students from the Red Cross.