FCCLA Officers Natalie Lingenfelter, Jadin Doer and Chance Jacobsen attended the Norfolk Area Relay for Life Event in Norfolk on Friday, June 19, along with adviser Ronita Jacobsen.  They walked the track and participated in events before accepting the Kids for Cures Traveling Trophy for the Plainview FFA and FCCLA chapters.  As stated in the recognition ceremony, the students had raised $2,910 during March and won the Kids for Cures Competition. They were previously recognized by relay coordinators in May with a 7-12 grade lunch celebration where they were presented the trophy and member coordinators were given t-shirts. 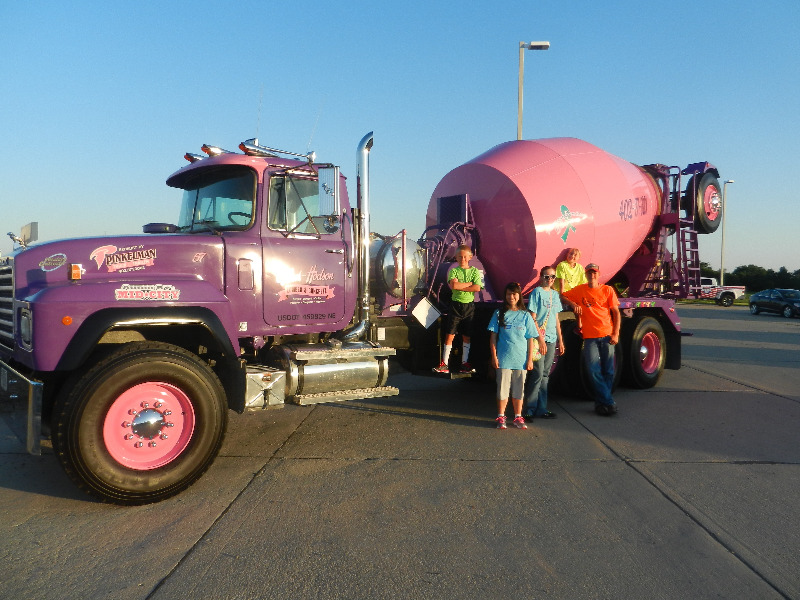 In March the chapters, along with Plainview school students, parents, and community members, worked to raise money for Norfolk Area Relay for Life. The FFA Tractor Parade for Life was held along with the FCCLA Jazzercise for Life. Special events were also held at the school throughout the month in addition to the sale of luminary bags. The night of the event the luminary bags were lit and lined the track. The chapters partnered with area business to make these events successful.

"This is the third year in a row that Plainview has won the competition.  Students are very proud of the amount of money they raised and the number of individuals this will help. They are already excited about doing this again next March", stated Jacobsen.