This past week, the Plainview FCCLA chapter traveled to Northeast Community College for the District 8 Leadership Conference.  The theme for this year’s conference was “Sea Yourself Into FCCLA.”

The day started off with by the opening ceremony and introduction of the district officers. The District Officer Installation was then held with Autumn Ickler being installed.  The keynote speaker for the day was DeMoine Adams, a former UNL 3-year starting Blackshirt defensive end who has a master’s degree in Educational Psychology.  He is currently pursuing his doctorate degree while working with the Teammates Mentoring Program and is a motivational speaker and consultant throughout the Midwest.  DeMoine’s motto in life is: “Once you see where you’re going, then everything you do must correspond with where you’re going.” He reminded students about the impact they make on others without knowing it and to be a positive leader and role model to others.

Following the keynote speaker the traditional badge exchange “meet and greet” was held. Each chapter brought a little gift to share with members from surrounding chapters as they introduced themselves. This was one of many ways members were able to meet those from area chapters. 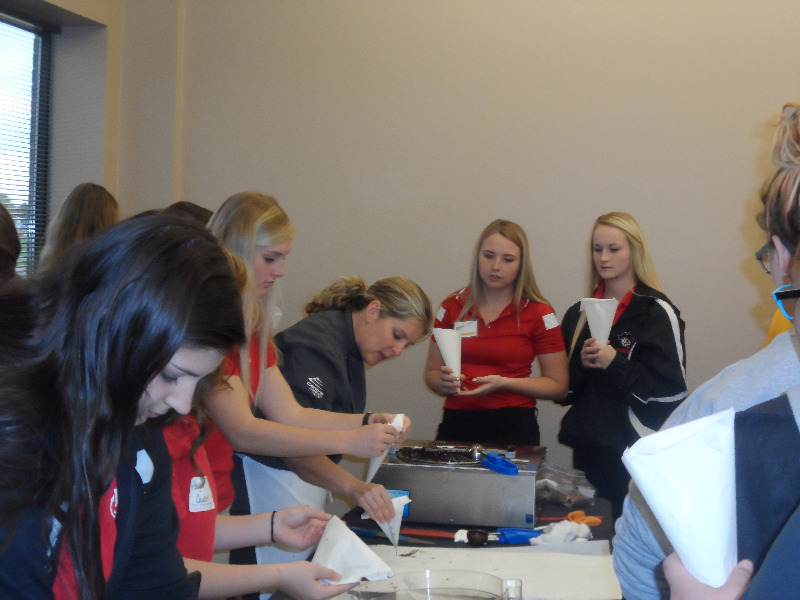 The creed speaking competition, in which a freshman from each school memorizes the creed and gives a speech explaining their interpretation of the creed, was held during the first breakout session. Representing Plainview as Creed Speaker was Ashlynn Ickler. She was presented a certificate of participation during the closing session. 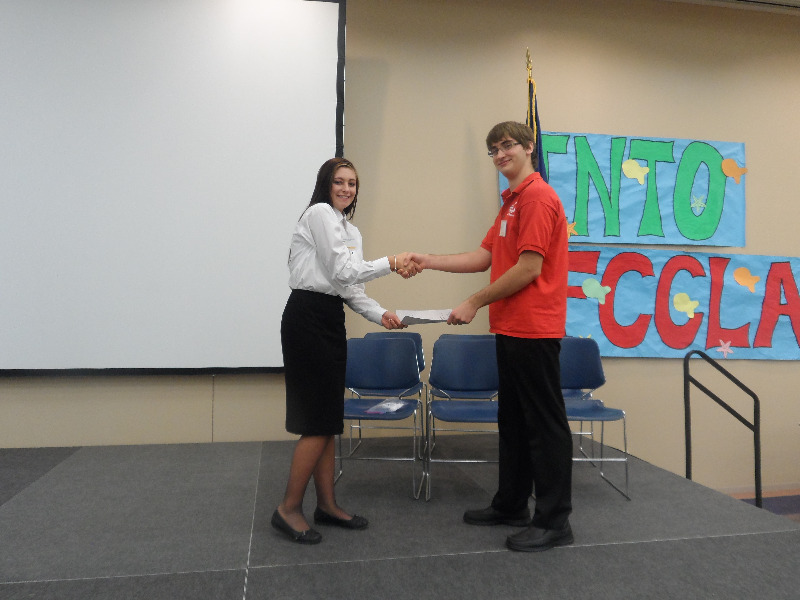