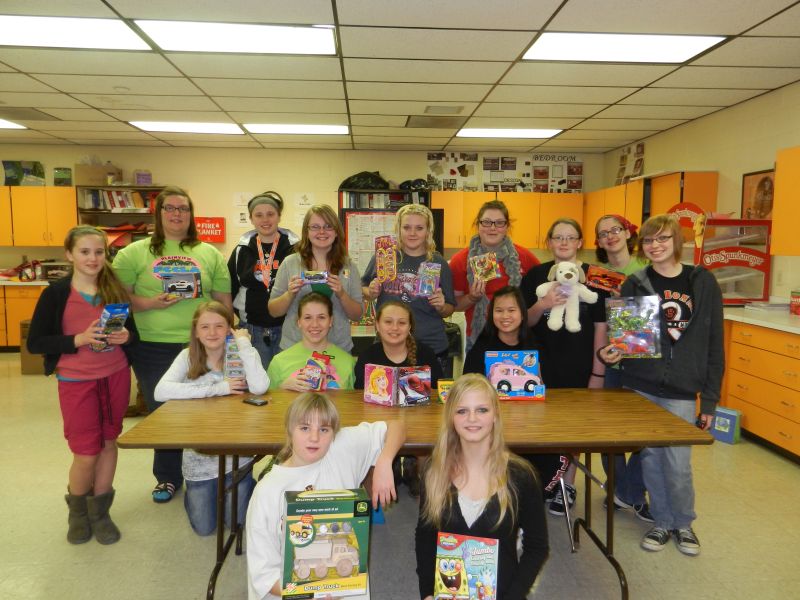 FCCLA Members gathered Thursday, December 13, for the Christmas Party/Meeting.  The night began by members arriving with their Plainview Toys for Tots donations. A short meeting was held discussing STAR events, STAR work nights, and the District STAR Competition to be held at Wayne State College on January 23, 2013.  A STAR Night will be held Thursday, January 17th at the High School for students to present their projects to the community. Members spent the rest of the evening exchanging Secret Santa gifts, and participating in Wii Just Dance 4 competitions.

The next FCCLA meeting will be at 6:30 on Thursday, January 3rd, 2013 with STAR work time being held after school till the meeting begins.